Scotiabank has teamed up with Hockey Nova Scotia and the PWHPA to offer an opportunity to learn from the top hockey players in Canada! We are excited to announce that Scotiabank Girls HockeyFest will take place on Sunday, November 14th at the Rath Eastlink Community Centre. 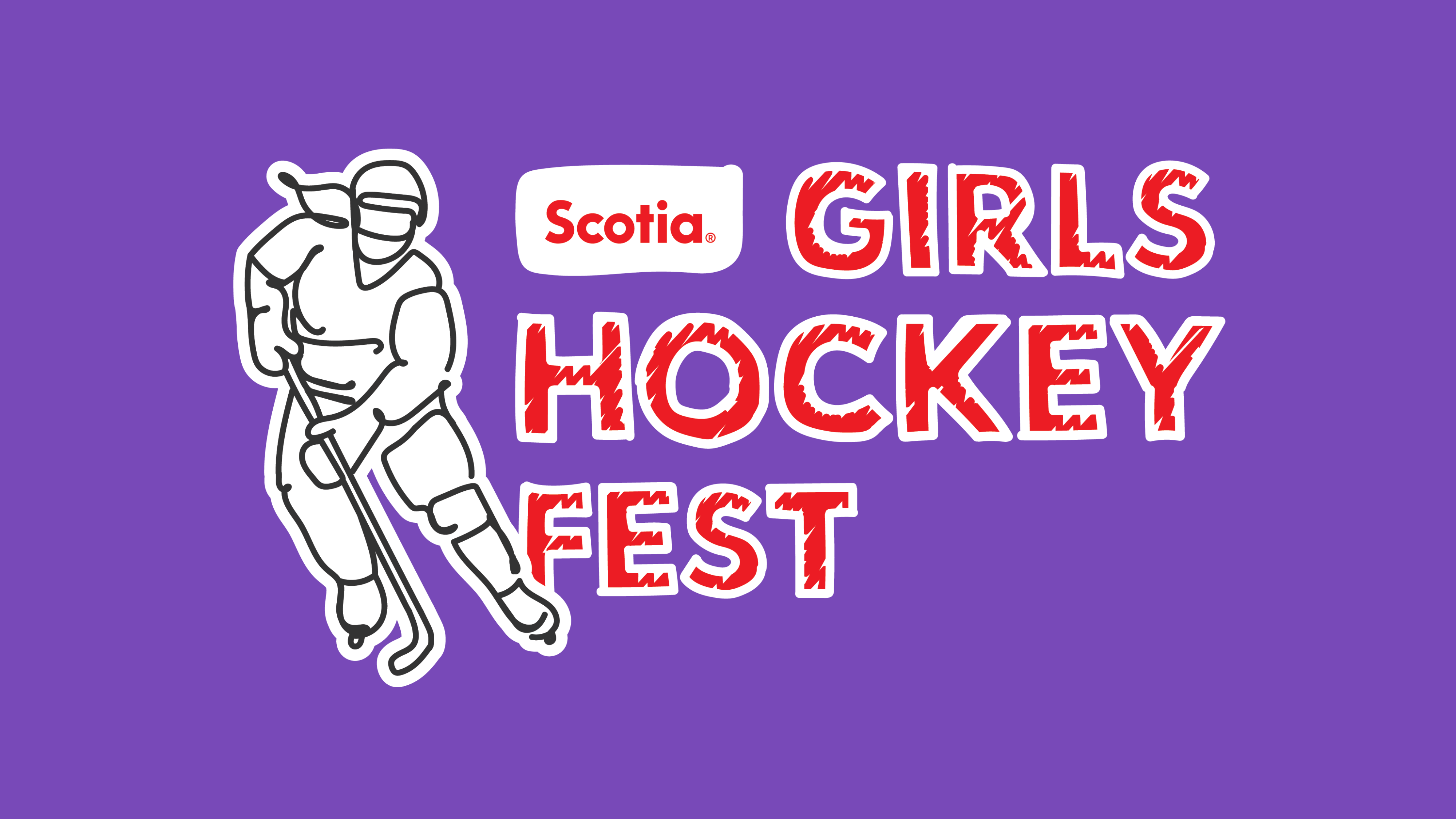 For over 15 years, Scotiabank has been helping to support young women through the Girls HockeyFest program. During the free half-day event, girls aged 7-18 years will have the chance to participate in on-ice drills, off-ice training and a nutrition classroom session. To build on the momentum of the Secret Dream Gap Tour, Scotiabank is excited to welcome a PWHPA coach to lead the on-ice sessions, along with PWHPA players supporting both the on-ice and off-ice sessions!

Lottery registration opens today and closes on October 31st at 11:00PM AT. Please use the following link to register: https://www.cognitoforms.com/HockeyNovaScotia1/ScotiabankGirlsHockeyFestRegistration

Participants need to be registered under Hockey Nova Scotia for the 2021-22 season in order to be considered for this event. Due to an expected high demand, participants will be selected by a lottery registration system. Registration will be open until October 31st and participants will then be randomly selected and assigned to a morning or afternoon session based on their age. If selected, registrants will receive a confirmation email on November 5th. All other registrants will receive an email notifying them of their addition to the waitlist on November 5th. Should a player withdraw from the session requested, players on the waitlist will be contacted by email to confirm acceptance.

For more information on the Dream Gap Showcase click here. 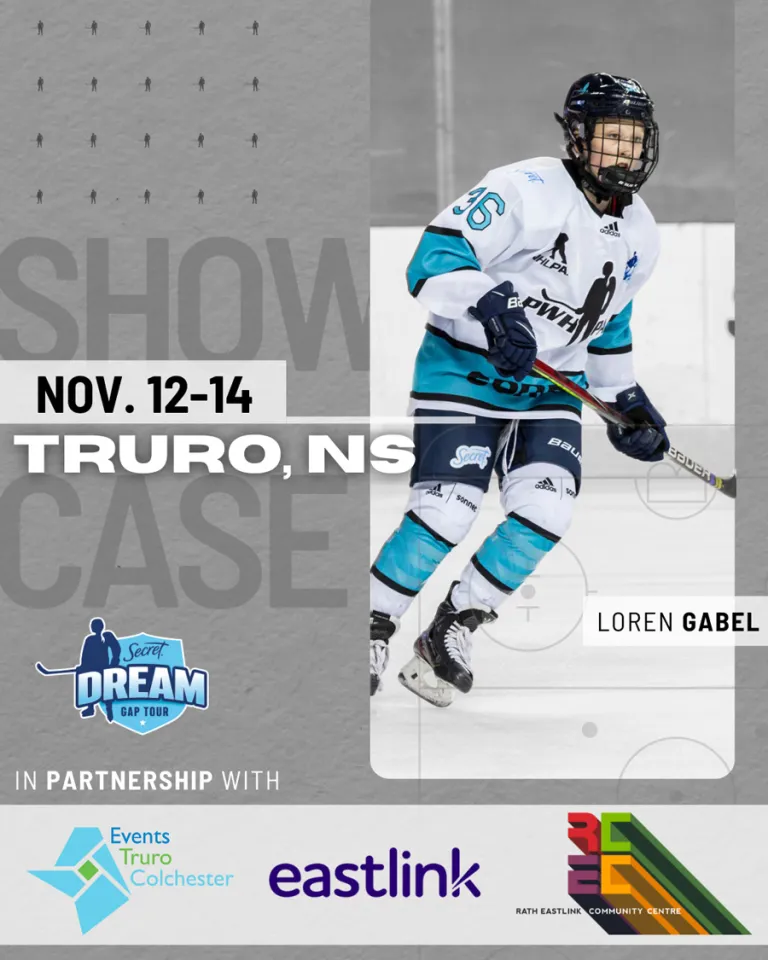 LOOKING AHEAD TO THE WEEKEND

Games of October 16 and 17 affected The circuit breaker shutdown in New Brunswick led to the decision to cancel the Atlantic Challenge Cup which would have started tomorrow in Moncton.  It is also having an impact on the MMFHL schedule, as games for next weekend have been rearranged to allow for teams not to have to cross the New Brunswick/Nova Scotia border. As a result, the league schedule that weekend will be as follows: Saturday: 2:30pm - Grant Harvey Arena - Rockets at Reds 4pm - Hector Arena - Penguins at Selects 5pm - Membertou Sports and Wellness Centre - Western Capitals at Lynx Sunday: Time TBA - Venue TBA - Rockets at Nationals 11am - Membertou Sports and Wellness Centre - Western Capitals at Lynx 12pm - RBC Centre, Rink C - Selects at Penguins   Next week we will run a full preview of these games.

Still looking for first win of the season   It has been a challenging start to the season for the Funday Nationals. SIx games in to the MMFHL campaign, and the Nationals are still winless.  However, there is reason for optimism.   The Nationals will be making their first overnight road-trip of the regular season, and this is a great opportunity for the team to bond, build memories, and possibly remove the 0 from the win column.   There are some bright spots for the Nationals to this point.  Claire Noftell currently sits 5th in the league in save percentage, which is all the more impressive when you consider that she leads the league in shots faced.  Noftell has turned aside an average of 51.3 shots per game, while giving up just 12 goals in her 3 starts.  And while the team has scored just four goals in their six games, the goals have come from four different players. When they head into the Metro Halifax region next weekend (October 16 and 17), they will face one team off to a bit of a slow start themselves in the Halifax Western Capitals, before going up against the much-improved Bussey Auto Brokers Penguins. The Caps are the newest franchise in the MMFHL, and are showing some growing pains in the early going.  With just one win in their first eight games, they have had some struggles scoring goals (6th in the league in goals per game - 1.38).  However, they are not getting outscored by huge margins.  In fact, while they only have one win, they also have three ties to go with that, and a goal differential of -9 (-1.13 per game).  So with a pair of struggling offenses, could it be first goal wins when they meet on Saturday in West Hants? The Nationals will move further into the city on Sunday, playing the Bussey Auto Brokers Penguins at the RBC Centre in Dartmouth.  The Penguins are off to a very good start this season, sitting in third place with points in 5 of their 8 games (4-3-1).  The Penguins sit third in the league in goals scored per game, third in goals against per game, and third in goal differential.   The Penguins are getting very good goaltending out of their tandem, with Kaitlyn Langille and Grace McNutt both in the top 7 for GAA, and top 10 for save percentage.  They are also getting balanced scoring, as they are on of only two teams (Selects are the other) with every skater on the team registering at least one point this season. Tomorrow (Friday), we will take a look at the Lynx and Rockets ahead of their meeting in Membertou in just over a week.